Pioneers of the British New Wave/Synth scene, The Human League dominated the airwaves and charts throughout the 80s with their dark yet stylish post punk electronica, which remains as fresh, current and highly influential today as it ever did.

Emerging from the infamous Sheffield scene of the time, it would be founding member Philip Oakey who would take the band on to major commercial success after recruiting female vocalists: Joanne Catherall and Susan Ann Sulley, all of whom remain in the group to this day. With a distinctive three-person vocal and a cutting-edge electronic sound at their disposal, The Human League would go on to release nine studio albums (five of which went Top 20) and 15 Top 20 singles throughout the 1980s and 1990s including "Mirror Man", "(Keep Feeling) Fascination", "The Lebanon", "Human" (a US No. 1) and "Tell Me When". Widely regarded as leaders of the second British Invasion of the US music market and, to this day they remain one of the most highly played bands on MTV worldwide and have sold more than 20 million records worldwide and counting.

2021 marks the 40th Anniversary of one of the most prominent releases in their catalogue: ‘DARE’. Along with the infamous: “Don’t You Want Me” (a single that made the 1981 Xmas No.1 slot and was top of the charts for 5 weeks), its other classic singles including “Love Action”, “The Sound Of The Crowd”, “Open Your Heart” and “The Things That Dreams Are Made Of”, would propel The Human League to international superstardom. Earning a Brit Award the following year, the band would continue to grace the top 10 for the next fifteen years and have experienced a resurgence in popularity and commercial success in every decade that has followed. Credited with giving birth to a whole new era in music, fashion, club-culture and beyond, this year The Human League are rightfully celebrating its landmark anniversary four decades on; with sell-out shows in some of the UK’s biggest venues a testament to its unwavering appeal.

Without doubt the music of The Human League has inspired generations of fans and when perform a huge show at Uttoxeter Racecourse next Spring it will continue in that great tradition. Consistently touring and headlining contemporary festivals across the world since the turn of the century, the band have earned a reputation for one of the most exciting shows in the biz and this is guaranteed to be an unmissable fixture.

Under 18’s to be accompanied by an adult. Ticket entitles holder for the full days racing and The Human League live performance.

We're expecting this night to be hugely popular - don't miss out. Get your ticket now!

Mega January Sale! Save £10 per person!

It's time to look forward to brighter days. Save £10 PER PERSON when you book a group of 6+ tickets – available at 2022 fixtures* – but only available to book until the 31st January. Simply select the Mega January Sale ticket package. *T&Cs apply.

Get ready to enjoy every roar and cheer with friends and family and don’t miss another moment together. Your safety is our priority and all events will be run in accordance with the latest government advice and guidelines. Visit our news pages for the latest updates on what to expect.

Have you thought about upgrading to one of our exclusive restaurant or hospitality packages? Enjoy a three-course meal in the stunning surroundings of the restaurant or upgrade to a private box to get first-class views of the racing. To find out the available hospitality and restaurants, please click here.

Most racegoers choose a smart casual outfit when attending the races and we discourage sportswear and ripped jeans. There are more formal dress codes in place for some of our premier ticket options as well as hospitality and restaurant packages. Please Click here for more information.

Children 17 and under go free to the races when accompanied by an adult (some exclusions apply for Festival fixtures and Live After Racing events). You’ll need to select a child ticket when making your booking.

Book in advance & SAVE!

Book your tickets at least 48 hours before each fixture to benefit from our advance booking discount & save at least 10% when you book early (excludes concessions).

Want to come along on the day of racing but haven’t got your ticket yet? No problem! Online ticket sales remain open on the day of racing (unless sold out), so you can also book your tickets quickly and easily online and they’ll be sent straight to your inbox to redeem on the gate. A fulfilment fee may apply to some orders. This will be added at the checkout. All bookings are made in accordance with our terms and conditions of entry. 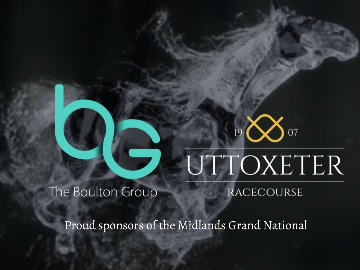 Back to Whats On Calendar

To see all of our available 'Human League Live After Racing' Restaurant & Hospitality packages...

Premier Plus with Premium Viewing

Our Premier ticket gives you access to all area’s including Parade Ring Premier Bar Betting hall Food Outlets Premier Grandstand Viewing of the Winning Line The dress code for this area is no sportswear or ripped jeans and camping chairs are not permitted.

SAVE £10 PER PERSON!! - Start planning for brighter days ahead when booking 6+ tickets. Hurry, only available until midnight 31st January. The £10 discount per person has automatically been applied to this package. You don’t need a promotional code and a discount won’t show in your cart as the package price has already been discounted. Minimum 6 tickets. Terms and conditions apply. Subject to availability.

Access to all public areas on the racecourse
Superb viewing from Premier Grandstand
Access to the Premier Bar, Marstons Bar & food outlets The dress code for this area is no sportswear or ripped jeans and camping chairs are not permitted.

All Children must be accompanied by an adult.

* This ticket is valid for all children aged 17 and under. Proof of age may be requested at the turnstiles for those appearing to be over the age of 17.

If you’re search of something extra special look no further than the 1907. This ‘rustic-modern’ restaurant brings you the racing action with panoramic views of the course and offers a sumptuous menu designed by our team of experienced Chefs. Package includes:

Reserved table for the duration of the race meeting

If you’re search of something extra special look no further than the 1907. This ‘rustic-modern’ restaurant brings you the racing action with panoramic views of the course and offers a sumptuous menu designed by our team of experienced Chefs. Package includes:

Glass of Prosseco on arrival

Reserved table for the duration of the race meeting

To view our full range of tickets hit the button below. Alternatively, you can call our team on 01889 562561 (Option 1) or email us to arrange your booking.

Transfer your booking if your plans change and you can no longer attend due to Coronavirus.

From how to find us to what you can bring along, click here to get answers to all your questions.

Book your tickets at least 48 hours before each fixture to benefit from our advance booking discount.

FIND US ON SOCIAL MEDIA